energy slavery or: the human factory

I / energy from movement as basis for society

Energy Slavery or: The Human Factory

Inspired by sci-fi films, literature and current scientific developments we developed a speculative scenario looking at the influence that human-generated energy could have on a ‘future-future’ society and its material culture. Starting from a thought on the deep scars that the reliance on fossil fuels has left on the world today the project paints a rather subtle dystopian picture which is at once disturbing and hopeful.
The developed scenario revolves around the assumption that capturing the energy of human movement will become the basis of society and that, therefore, this ‘human energy’ will become its new currency. The basis of the project is a ‘constitution’ that describes principles, rights and duties within this future society. It looks at the production of energy, its relation to society and to the production of objects. Furthermore, a series of ‘objects of the future’ exemplify a new definition of value of objects, responsible consumption, principles of production and design methodology. 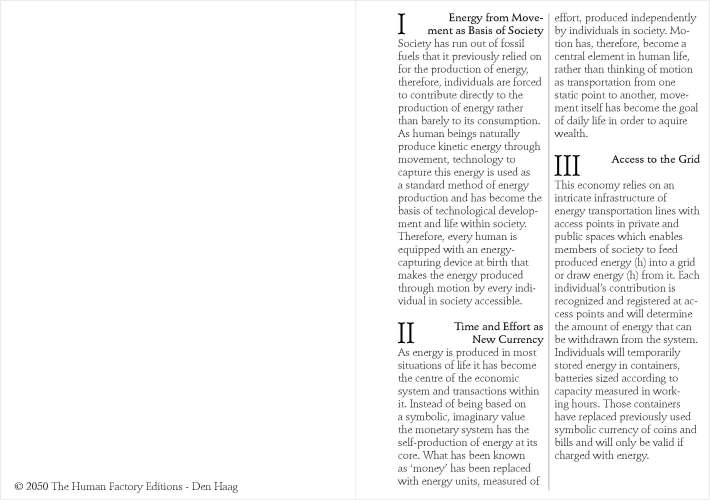 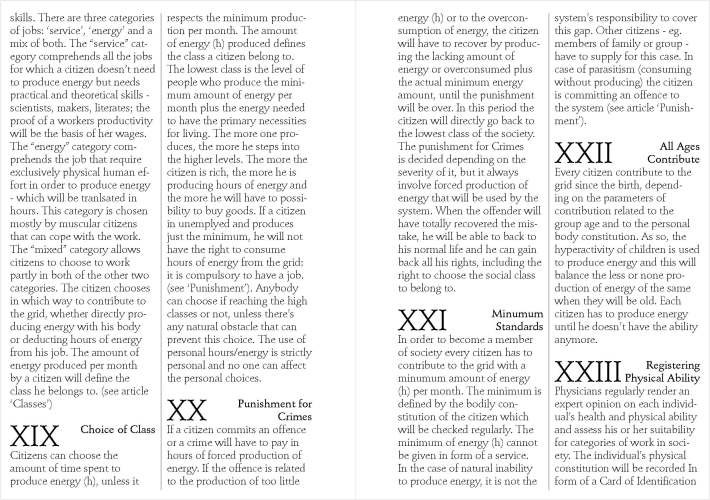 We produced objects out of concrete (highly present in Noord-Brabant area) and improvised moulds (market plates to weight potatoes, wooden crates, old plastic tubes…) as an example of a production of goods in this future scenario where there is little space for transport and for production of complex shapes, and where the consumption of energy is directly related to the human individual effort in producing that energy. In this dystopic scenario an individual won’t be physically able to afford the ownership of expensive objects on his own, common effort and common property will be needed. 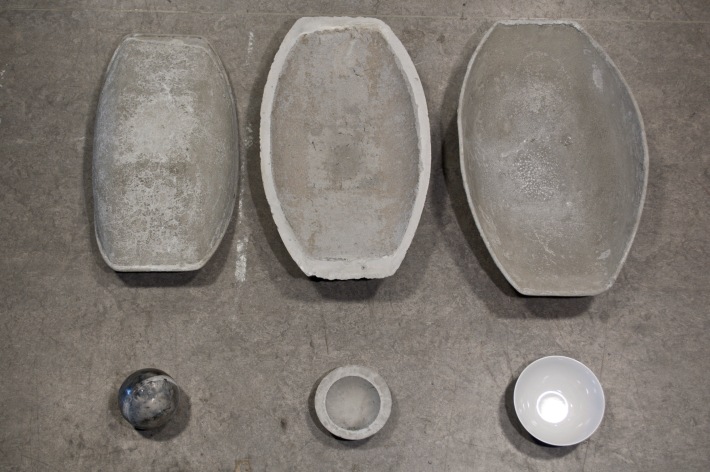